Stay up to date with all our latest posts and services! 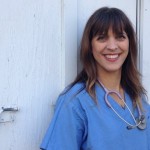 Rachael Jarman PA-C is the head coach for PA Trek. Rachael graduated from Philadelphia University in 2007 and has spent most of her career in the ER. She is currently a supervisor for the Advance Practice Provider program for a busy medical group in Minneapolis. She has a love for the PA profession and wants to help others reach their career aspirations! Rachael writes for the AAPA’s blog, PAs Connect. She has been precepting PA students since becoming a PA in 2007 and started PA Trek in 2015. Helping qualified pre-PA students has been a passion of hers and she is excited to work with you! 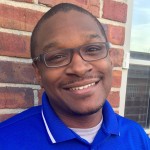 Kye is from Louisiana where he learned the value of food, firearms and forward thinking. He attended McNeese State University, where he majored in Clinical Lab Science and met some pretty amazing instructors who inspired him to further his education after undergrad. Kye has learned that “struggle builds character.” Kye wasn’t the A++ student, he was the guy that spent time in the library each day following class in order to truly understand the subject material. The hard studying paid off because he graduated from Christian Brothers University’s PA school in May of 2016 and is now a hospitalist in Oregon. He looks forward to helping the next round of students as a PA Trek coach. 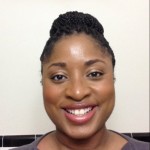 as graduated from Stony Brook University in June, 2016. Like some individuals, Marsha was the first in her family, both immediate and extended, to pursue a career in medicine. She received a B.S. in Biology from Oakland University and a Masters in Molecular and Integrative Physiology from the University of Michigan. Like many of you, she did not matriculate after applying to PA school the first time. This gives her first-hand knowledge on how to become a “unique” applicant. Her dedication and drive landed her a seat at Stony Brook University, her top choice program. Throughout her PA education, Marsha has been an advocate for the future of our profession, which includes mentoring Pre-PA students through social media and community outreach projects. When she is not immersed in her studies, she enjoys working on projects dedicated to addressing health disparities affecting the under-served population. Recently, she was featured in a NCCPA Health Foundation video focused on promoting health equality through the integration of oral health into patient care. 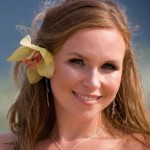 Ewa Keil has been a Physician Assistant since 2005. She graduated from Philadelphia University in 2003 with a B.S. in PA studies and then graduated from Philadelphia University’s PA program in 2005 with an M.S. Ewa worked in Emergency medicine and urgent care for almost nine years. Currently, she works in Sports Medicine/ interventional pain management. She is an experienced preceptor for PA and medical students, residents, and nursing students as well. In her free time she enjoys spending time with family and friends, Zumba, kickboxing, and traveling. 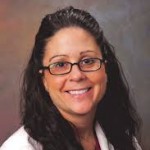 Professor Sarah Clark is a physician assistant with experience in Neurosurgery, Neuro-critical Care, Concussion treatment, and urgent care. A 2006 graduate of the Quinnipiac University Physician Assistant Program, she worked at Yale New Haven Hospital in New Haven, CT until 2014. Her roles at Yale included patient care in Neurosurgery and later in Neuro-critical care. In 2014 she joined a private practice caring for children and young adults with concussions. In 2015, she returned to Quinnipiac University as a clinical assistant professor. She advises PA students and teaches lecture courses and small group sessions at the graduate level including neurology, gastroenterology, interviewing, and several skills labs. Prof. Clark currently works clinically as a PA in urgent care. She is a member of the American Academy of Physician Assistants, Past-President of the Connecticut Academy of Physician Assistants, as well as a current Regional Director and co-chair of the Conference Panning/Education committee. In her free time, Sarah enjoys spending time with her daughter, cooking, reading, traveling, and golfing.

What people are saying about PA Trek Coaching

I would like to share some excited news with you. I recently was accepted to 2 PA schools and still have another interview coming.

I was accepted to Marshall B. Ketchum in Fullerton, CA, and Touro University- California.  and another interview at Western University of Health Sciences in Pomona, Ca.

I wanted to thank you for giving me the best coach ever. He is super supportive and always check if I was ok during the process. I am so happy and proud of myself that I even got in the first year. I know how competitive PA schools are, so I am just so thankful that I found you all.

I took your advice and went into my interview with confidence. I just want to thank you so much for all your help!!! I am truly grateful for what you’ve done for me. 🙂

I don’t even know how to thank you for all your help!! I was accepted to my first choice program at the Yale School of Medicine Physician Associate Program Class of 2019! Not only that, but I was one of those they called right after the interview. I am absolutely excited (and scared)!

Thank you again for all your through assistance! I don’t think I could have done this without you!

I just got their acceptance email. Beyond excited and grateful. Thank you so much for everything. I would not have come this far without your help!

My experience with PA Trek Coaching was great. The team really provided me with the guidance I was looking for, plus tons of extra information that really came in handy. Initially, I was struggling with my personal statement but my PA Trek coach encouraged me to look inside myself and dig deep. Without their help, I’m not sure if I would have been able to articulate my story in such a professional way. Additionally, the mock interview with my coach gave me a new perspective and insight on the entire process. I know the mock interview helped me gain confidence with my interviewing skills, which really paid off. Thank you, PA Trek Coaching!

I used personal statement review and interview bootcamp. These resources were INVALUABLE to me. I felt my confidence grow, and when it was time for my last interview at my top choice school, I killed it!

I just wanted to share that after my ONLY interview this cycle (aaand my first cycle applying), I was just accepted to Carroll University’s PA Program and will be starting this coming May!!!!!
I will be forever glad that I took advantage of  PA Trek! My coach gave me great advice and suggestions which I definitely took to heart and worked on the week following our mock, and knowing what I needed to work on gave me the confidence that I needed. I felt I truly rocked that interview and clearly I did something right. 🙂

We took an hour for a mock interview at the end of September and I just wanted to give you an update on my interviews! So far, I have gone to four. I was accepted at South University (Savannah, GA) and Western Michigan University! Your mock interview helped me so much. At WMU, I had an impromptu essay about the state of health care in America / pros and cons of the current health system and I felt completely prepared – I wouldn’t have had too much to say if you hadn’t recommended I look into it further! Just wanted to let you know! Thanks so much for your time. It was well worth it.